While drinking alcohol is itself not necessarily a problem, drinking too much can have negative consequences and increase your risk for a variety of problems.

What are Some of the Consequences of Drinking Too Much?
Alcohol enters your bloodstream as soon as you take your first sip. Alcohol’s immediate effects can appear within about 10 minutes. As you drink, you increase your blood alcohol concentration (BAC) level, which is the amount of alcohol present in your bloodstream. The higher your BAC, the more impaired you become by alcohol’s effects.

These effects can include: 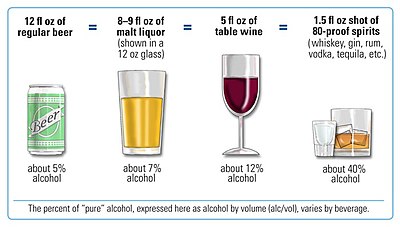 Other risks of drinking can include:

Prevalence of Binge Drinking and Heavy Alcohol Use:

Connecticut Social Host Law makes it illegal for anyone who owns or controls private property, including a dwelling unit, from knowingly,  recklessly, or with criminal negligence, to permit anyone under age 21 to illegally possess alcohol in the unit or on the property. Violation of this law can result in fines and/or imprisonment.

To learn more about Alcohol Misuse, please reach out to Ingrid Gillespie, Director of Prevention.

Back to Prevention Overview